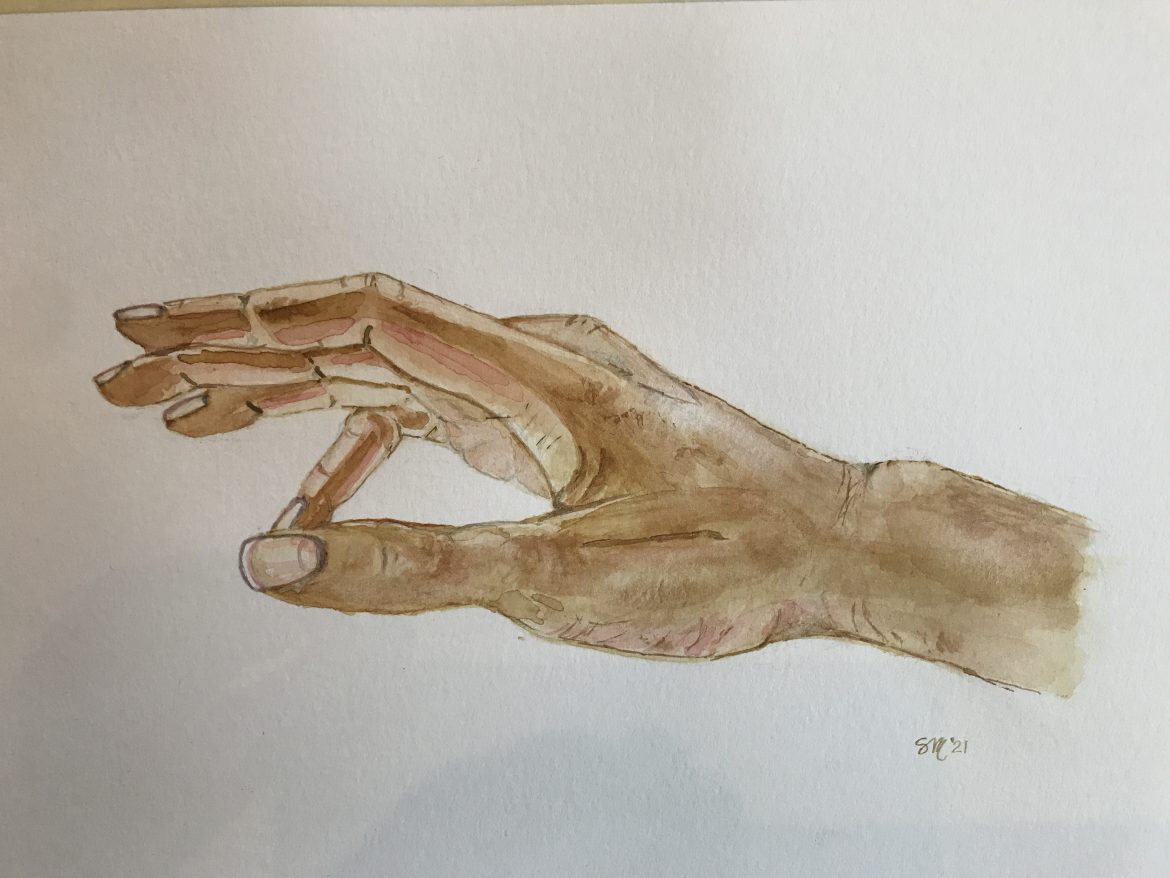 “What is wrong with you today?”

My young son yanked toys from his siblings, argued about games and groused all day. After hours of struggling to control the situations, I pulled him aside and sat at eye to eye with him.

“You have not been very nice to your brothers. What is going on?”

Instead of defending himself, he crumpled and blurted out, “I just need some hugging and conversation.”

The profound truth out of such a young soul stabbed my heart with compassion. I enfolded him in my arms and gave him a long squeeze before inviting him to snuggle beside me and visit. We both transformed. Our frustrations shrunk to proper perspective, then evaporated into the air.

Temple Grandin, a person with autism, invented a method to calm herself when she became overwrought. The contraption she built resembled a squeeze chute used to restrain cattle when cowboys immunized them or trimmed their horns and other body parts. Dr. Grandin proved that a modification of the cattle chute could calm as well as restrain the animals. She applied this discovery to herself when she was still in college. When too many people spoke to her or too many sights assaulted her, Temple retreated to her dorm room, crawled into her squeeze box on hands and knees, and pulled the lever to press her body into a tight, mechanical grip. The pressure and enclosure put her at ease.

Dog lovers also use the tight pressure of Thunder Shirts to calm their pets during storms. Mothers swaddle their infants to soothe them, and weighted blankets help some adults sleep better. These tactics work for many. On days when my to-do-list has too many dos or when I’ve haggled for an hour on the phone with a business, I ask my husband to give me a bear hug. His arms around me with my face smushed into his chest squeezes out the stress.

Social distancing robs us of physical contact and most of us at some point have suffered a degree of depression as a result. God built us with a need for touch. Infamous orphanages in Romania demonstrated that children denied touch, beyond changing diapers or feeding, affected them socially, psychologically and physiologically the rest of their lives. In contrast, many studies since then prove calming physiological and psychological effects of Deep Pressure Touch (DPT).

When our grown sons and wife pulled in the driveway from states away to stay a few days during Christmas, we hugged sideways. The gesture seemed extravagant during Covid but only partially satisfied and left a tinge of strain in the air. Towards the end of their visit, I remembered the scene of our young son’s stress and recognized that we all needed hugging and conversation. I ventured to give a neck rub, bear hug and close the distance of Covid’s separation. I don’t know if they felt better, but contact assured me, and their conversation and step seemed peppier.

Jesus experienced touch and used it as a means of connection. When children crowded around Him, He laid His hands on them to bless them, a spiritual gift communicated through physical contact. At the Last Supper, John leaned against Jesus as all the disciples reclined at the low table. Can you imagine the intimacy of leaning against Jesus? The thought warms my heart. God made Himself real to us by becoming a touchable human! Only Christianity claims this lavish gift.  Jesus’ body was key to rejoining us to God, our Father.

Jesus’ disciple, John, declared, That which was from the beginning, which we have heard, which we have seen with our eyes, which we looked upon and have touched with our hands … we proclaim to you the eternal life, which was with the Father and was made manifest to us.”

Jesus no longer dwells physically among us except by proxy through believers. If you’re feeling touchy or draggy, maybe a conversation beyond pleasantries is in order, and maybe someone in your life is “safe” to hug. People in each of our lives need our deep touch, and in the process of giving it, we too will be comforted.

Beautiful painting, Suzy, and a good challenge to remind us to love on those in our lives.

Lovely painting and tremendous insight. Incarnation – what a wonderful miracle! May we be that real with one another. PS love my weighted blanket.

Thank you, Sheryll. Sending you a virtual hug.

You hit it, Suzy! I discovered, early on, after
50 years of nursing, the importance of touch. Thank you for bringing to remembrance that our Savior used touch often in His ministry.
P.S. I watched the movie about Temple Grandin with my daughter, Rachel. I would recommend it to one and all.

I’m so pleased you watched the movie. I though it fascinating and read of couple of Dr. Grandon’s books as well. They gave me a greater understanding of people who struggle on the autism spectrum. Hope Rachel enjoyed it too!

Beautiful message. Even hugging my dog gives me comfort and I believe it comforts her as well. I hug my kids every time I see them and it feels good. We can always imagine that Jesus is hugging us throughout the day and it gives a warm feeling.

Kathy, you’re right about pets. They are God’s gifts to us and they definitely give us a boost.

I believe touch is very important and I love a strong hug, too! I agree with what you wrote! I love the picture as well!

Thank you, Sandy! I appreciate you reading it.

I was tired tonight, but couldn’t sleep, so I began reading your blog…I was blessed and encouraged. Thank you for sharing your thoughts and insights. God has definitely gifted you not only artistically but in writing, as well. Your Mother’s Day insights brought me to tears as I relived so many of the same emotions after my mother’s death. Thank you!

Janice, while blessed with our mothers, reliving memories can be painful as well as warming. It isn’t that strange, since many of us experience the same range of emotions. I’m sorry you could not sleep, but perhaps it was for your encouraging words to come to me. I have not written in a long while. Thank you for your comments.