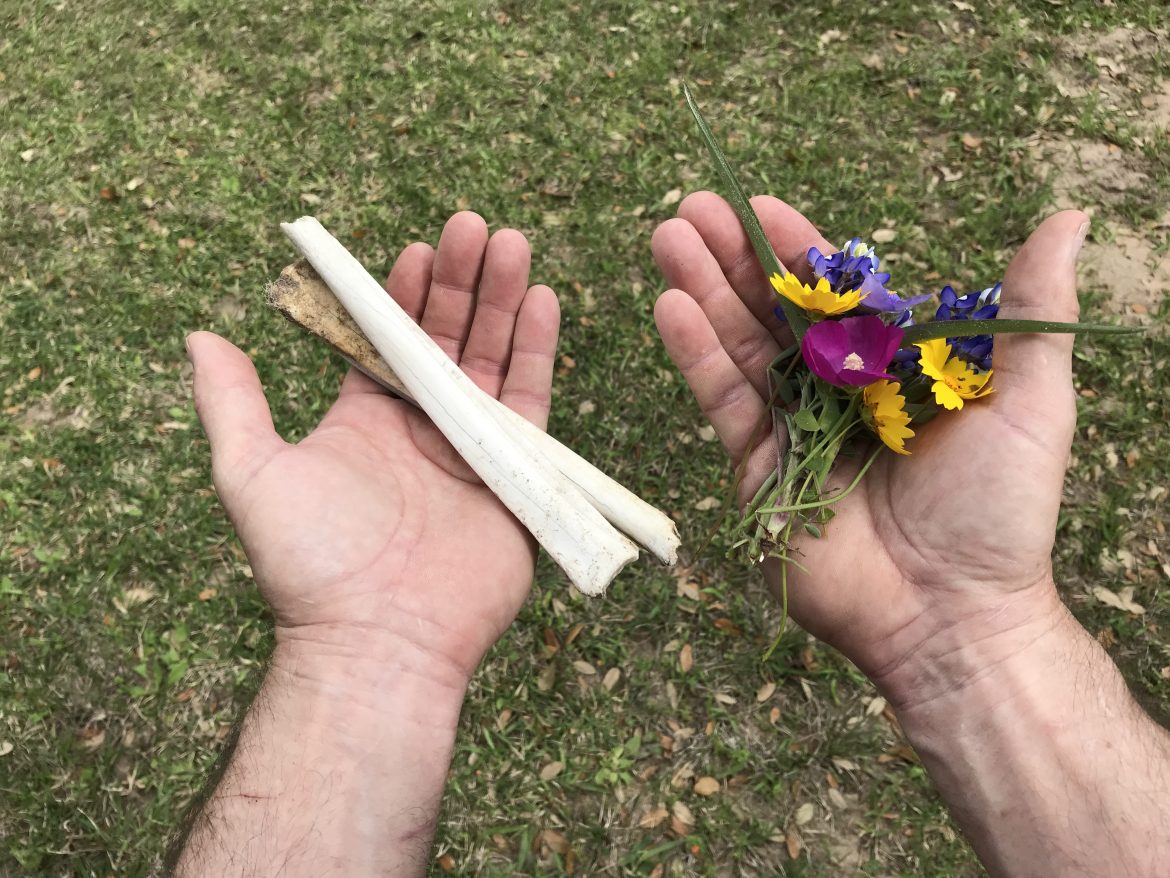 As I sat down at the kitchen table with a sandwich, the ticking clock sounded loud in the otherwise quiet house. I reached for my laptop but realized what I was doing and pushed the computer away.

What if I invited Jesus to have lunch with me? It was a novel idea, but why not?

How would I begin a lunch conversation if flesh and blood sat across the table? I sipped iced tea and asked my Spirit guest,  “How’s your day been so far?”

I imagined Jesus’ reply, his telling me a handful of prayers brought to him that morning and how he handled them.

He must deal with awful situations 24-7-365, financial straits, betrayals, illnesses, deaths. Undoubtedly, he receives grateful prayers for joys too like births and glorious sunsets. How does He bear sorrow and anger, and at the same time, rejoice with his people over beautiful things?

My husband loves to tell the story of how he and his buddies waited until the camp bully was deep asleep, then placed his hand on an ice cold canteen. Carefully they lifted his other hand onto a canteen recently taken off coals. Instantaneously the bully wet his sleeping bag, and the boys took off running like a tsunami was after them.

We can’t hold two extremes at the same time without blowing a circuit.

God, on the other hand, is limitless, stretching in all directions to infinity. His character contains every facet without confusion or compromise, like mercy and justice, majesty and humility, naming stars and counting hairs.

My friend posed the same question I wondered during my lunch with Jesus. Every morning she wakes to the knowledge that someone she loves is living a self-destructive life with repercussive effects on others. The heaviness of this ongoing grief smothers what joys come her way. How can she hold joy in her right hand while the pain in her over-weighted left hand drags her through sorrow?

The answer that popped into mind, “Let go and let God,” was too trite to say out loud. Releasing what is out of our control is easier said than done, especially when it concerns people we love and serious consequences. Besides, my friend already knew this answer, and God had not yet chosen to give her this gift of grace, for it is a gift to be able to “let it go.”

What about Jesus at my lunch table? How does he hold our griefs and joys at the same time? Why don’t the horrible events in this world overcast his joy?

Ping. His response was immediate.

He sees the front side of the tapestry and knows how everything will turn out in the end.

An article in the paper told of a group of teens videoing a disabled man’s drowning as they taunted and laughed at him. When later identified by their video, some did not express remorse for their abhorrent behavior. This tragedy didn’t turn out well in the end, but maybe we don’t see the end.

I cannot see atoms or magnetic fields, but I know they exist. I cannot see the wind, but I acknowledge it’s effects, even when I don’t understand why it blows down one house and not another.

Zaki, an Egyptian, addressed the crowd using a karaoke microphone and a power point slide show.  Bulleted points listed statistics of the number of Christian churches and Christian schools bombed, the number of imprisoned and executed Christians, and the number of dead children laid out in rows after their school bus was bombed.

He showed horrific pictures, not to shock us, but because that is what the camera saw at the scene of events from January to June in 2017. He showed us reality in Egypt, something our western minds struggle to grasp until a man stands before us and shows us snapshots of his reality.

How can joy fill Zaki while witnessing his friends’ deaths and knowing that he may be a statistic in the next moment?

People were being transformed from the inside out. They began experiencing internal peace and joy that no circumstance could touch. Zaki’s assurance in the face of death was as real to him as the church walls that had to be rebuilt and the blood that had to be scrubbed from the floor.

God’s perspective criss-crosses people, time, and events in connections too complicated for a super computer or super brain to sort. We can’t understand all of God’s works or his reasons for allowing appalling things to happen.

We can’t answer my friend’s question.

We can know that God is at peace with the answer, as shocking as that seems.

His character, unlike ours, is holy and good, and he knows what he’s doing.

Think of the worst case scenario, the utmost worst thing that could ever happen.

Here’s one to top the worst event: God dies.

What could be worse than God dying? With Him would die– all hope, possibility, and life.

And yet, God did die, and that event was the single-most beneficial event in the history of mankind. His death and resurrection give us hope, possibility and life.

We cannot satisfactorily reconcile joy and sorrow, pain and goodness, but we can admit that we are limited in our ability to understand the running the history of the universe and our capacity for understanding the whole of God and His plans.

Reconciling joy in the midst of sorrow, though, cannot be wrapped up in a square package with a satin ribbon.

I have shaken my fists and yelled accusations at God when overwhelmed by the meaninglessness of events, saying, “Either you don’t exist, I’ve believed an elaborate lie, or you don’t care about me. I’m one molecule in the river of your plan.”

The path down these conclusions grows darker, the further I move from light.

Unbelief leads to despair, while belief leads to hope. Unbelief unveils my fickle defection, but belief demonstrates trusting love, for when is trust needed except when reason for doubt looms?

The Psalmist’s response is best, even if it sounds a lot like, “Let go and let God.”

O LORD, my heart is not proud, nor my eyes haughty;

Nor do I involve myself in great matters,

Or in things too difficult for me.

Surely I have composed and quieted my soul;

My soul is like a weaned child within me.

O Israel, hope in the LORD from this time forth and forever.

What shall we choose?

O God, grant us grace to release what is out of our control and to hold on to you with both hands.

2 thoughts on “Both Hands”