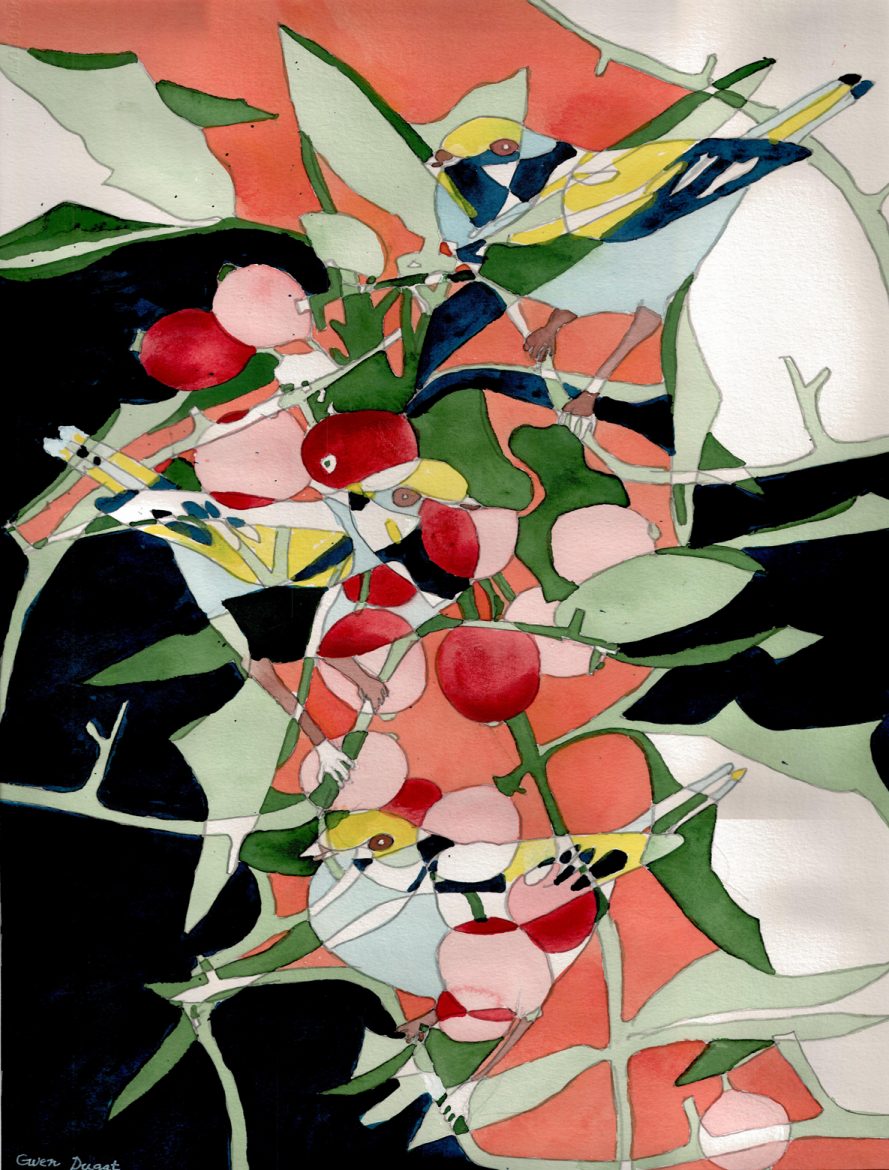 Do you remember playing hide and seek when you were a kid? We played it at night and called it murder-in-the-dark.

All the neighborhood kids gang in our yard, milling around and doing cartwheels until someone yells, “Not it.” The last kid to say, “Not it,” becomes “it” or the seeker.

The first person the seeker discovers is “murdered” and becomes the new it.

The seeker bows his head and begins,“Ten, nine, eight,…”

We dart around the grass, bumping into each other with squeaks and giggles, then argue in whispered protests over favored hideouts. We crawl under bushes in damp soil and mouldering leaves. Some squat behind car tires emanating heat auras. The oldest claim and climb trees, ignoring scratches and jabs as they monkey into place. Our hearts quicken with the dwindling countdown, a last dash on “two, one,” and everyone is hidden.

Eyes swiveling, we huddle in frozen positions lest an adjustment grate gravel or rustle leaves. We breath through our mouths and slow our breaths to not give ourselves away. Strung tight like hunted rabbits, we strain to hear the seeker’s movements.

Muffled footfalls shish the grass. Twigs scrape against brick. A teasing echoes, “Now where could they be?”

Tension mounts as our ears lean in, a muffle cough, and the footsteps quickly zag in a new direction,

Murder in the dark!

Everyone explodes out of dens, careening and laughing to find out who was murdered.

We play murder-in-the-dark indoors too. Holding our knees under itchy chairs, crabbing on our backs under dusty bedsprings, stuffed in the closet with muted sound, the same intensity, the thrilling fear and cathartic relief plays out in my best friend’s bedroom.

I loved that game. I was a master at that game, because I developed secret strategies.

I waited and hid last after each playmate scrambled out of sight and quieted into a refuge.

Only then would I meld with a shadow, standing in the open but draped in darkness. I stood as still as gravestones and watched the it’s movements. If I deduced danger, I stole into a hole already searched, or if all seemed safe, I remained planted until the screams rang out.

No one figured out my schemes. The lights flicked on, and I stood exposed as if I had just emerged from my hole. Who would think to look in a bare corner or amid the pile of pillows on the bed?

I am a chameleon, an introvert. Blending in comes naturally to me.

I camouflage in silence, in a soft voice, in my car after meetings, in questions I pose to others. I hide in redirected conversations and in stirring pots and filling glasses. People participate as unknowing accomplices, eager to talk about themselves.

The object of hide-and-seek is not to get caught, but after slinking out of the shadows unfound time after time, I am tempted to knock over a pot plant or a lamp.

What is this desire to be found, to be noticed, to be known?

Remaining hidden is my fault. My Lord, husband, and friends kindly bring up the lights and help me see that I play an unfair game, a selfish game.

While it’s true that speaking up and reaching out makes my heart bang and sends chills up my neck, the more I let words escape and hands touch, the more relieved I feel,

other people feel relieved too.

All of us have lived experiences that taught us painful lessons. If we gift our insights to other people, we may save them heartache or at least comfort them (and ourselves) that we aren’t a third foot. Someone understands.

If we’re not ready to come out of the dark, Someone has already found us. Nothing is able to hinder Him from finding us.

He sees and understands us. He knows our innermost being.

He has shared His painful lessons with us, because He loves us beyond reason.

Audio of Day 5 from Running to the Empty Tomb

Audio of Day 6 from Running to the Empty Tomb