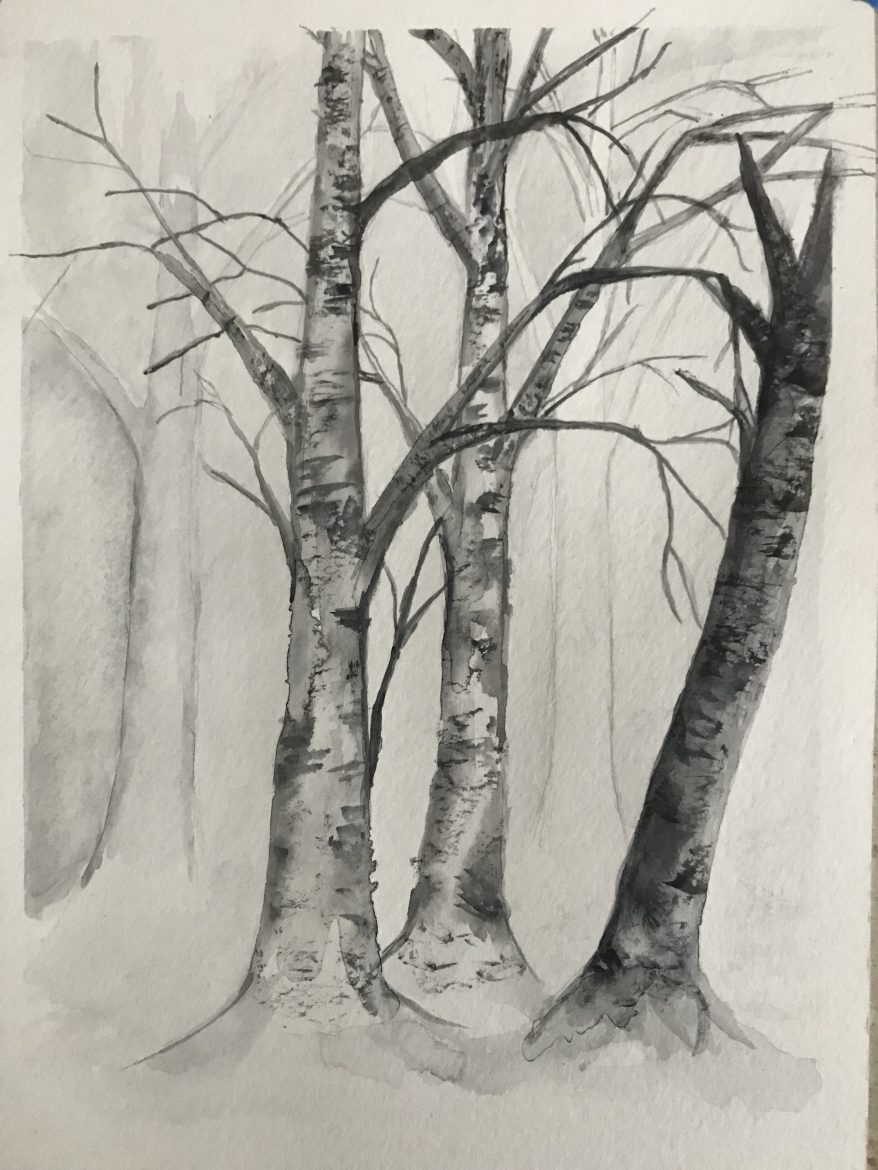 Trees, barren of leaves and color, appear dead in winter. Winter that period of waiting, waiting, waiting, with our feet on the edge of despair, willing for life to return when there’s no sign of it. Does life still run underground,  bubbling in secret?

Weeds have crept over the garden so slowly that I hadn’t registered their presence until a sunny day lured me outdoors. I pulled the offending interlopers from the garden and discovered a stray lettuce plant and then another three of them hidden under the weeds. Carrots and gaillardia also popped their heads up when uncovered. We scattered seeds a year ago, are they just now germinating? How long have they been quietly adding cells? 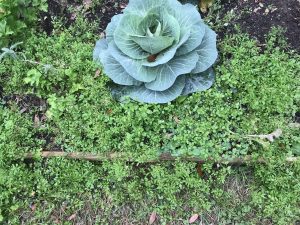 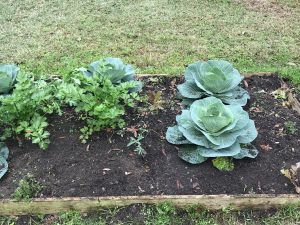 I meet weekly with clients who need support with their pregnancies. I wonder if the hours spent with them makes a difference in their lives?  I invest more than time with these women. As Paul says to the Thessalonians, “But we proved to be gentle among you, as a nursing mother tenderly cares for her own children. Having so fond an affection for you, we were well-pleased to impart to you not only the gospel of God but also our own lives, because you had become very dear to us.” (1 Thessalonians 2:7-8) Some of the women may perceive my care for them; many do not. A few continue coming for months after their children are born, but they all move on, as they should.

When I was a newlywed, I taught sciences and Bible to sixth through ninth graders in a private  school. One morning before the bell rang, the headmaster came to my classroom and sat at one of the student desks.

“You’re getting a new student today, but there are some things you need to know.”

She told me of the horrific circumstances which precipitated his relocation to live with extended family and his enrollment in our school mid-semester.

An hour later, ‘Chip’s’ eyes darted like a cornered rabbit when he walked into the room of seated students. The students at their desks knew each other very well, had been raised in Christian homes and were overly familiar with Christian-ese and Bible verses. Chip was lost. He didn’t own a Bible and hadn’t a clue how to look up a scripture reference. The students hadn’t a clue of the tragedy that brought Chip to their classroom. They had some things in common: they were in eighth grade, in their early teens, and living in the often self-doubting, scary, cruel sea of peer pressure. I feared the things they held in common would further wedge them apart not bring them together.

After school, I drove straight to the bookstore. I chose a Bible and had Chip’s name embossed on the front. I would give it to him out of sight of the other kids tomorrow. He would not be singled out for not having a Bible and would not have to ask his aunt and uncle for something else, but would he take it? Or would he scribble out his name and throw it against the wall or at me?

Chip accepted the Bible with gratefulness. In fact, just before Christmas break, Chip, asked to borrow my Bible overnight. He brought it back with my name embossed on it. Though plagued with anger, doubt and volatility, Chip was thankful for every scrap of encouragement and help he received. I wished I could have given him more. 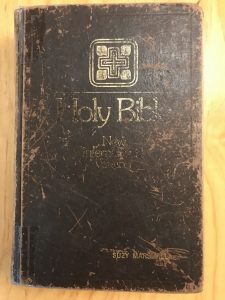 Even after he finished eighth grade and went on to another school, I prayed for him. I prayed for him for years and years. I wondered what became of him. Did he go over the cliff, following the dirt clods that dislodged under his feet? Did he survive and graduate high school? Did he turn to drugs? Many years later, I tried to find him in the alumni of that private school, but he wasn’t listed.

“This is Chip. Remember me? You changed my life.”

I still cry when I relive that conversation. In the thirty years since I had seen Chip, he had  married. He posts selfies of he and his wife and photos of his kids running track and performing in plays. People post on his page kudos for his superior work at his job. He held his relationship with Jesus Christ.

God didn’t owe me that phone call, nor did Chip for that matter, but remembering it spurs me to keep caring about and praying for people, whether they know it or not. As a Christian, this is my calling and an overflow of Christ’s love for me and my love for Him. It’s easy to become discouraged, though, and think I’m not making any difference. God is working in the background, even when I can’t perceive it. Even when everything in sight looks dead, life is thrumming in sprouting roots and in budding shoots seeking the sun.