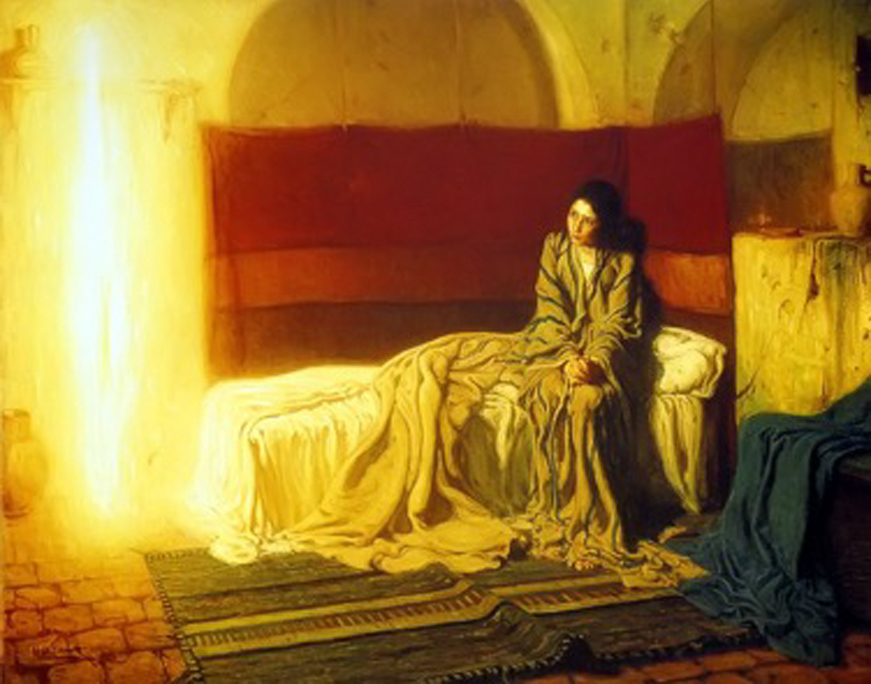 Luke 1:26-28 In the sixth month of Elizabeth’s pregnancy, God sent the angel Gabriel to Nazareth, a town in Galilee, to a virgin pledged to be married to a man named Joseph, a descendant of David. The virgin’s name was Mary. The angel went to her and said, “Greetings, you who are highly favored! The Lord is with you.”

Mary was a virgin betrothed. During that era, a young women married when she was new to womanhood. Mary was close to 12 years of age. Twelve, that’s 6th grade in the USA.

What is more remarkable is that she found favor with God. A 12 year old female at that time in Jewish history suggested Mary could not have “accomplished” anything outstanding. She was probably not valued in society, being young and female, yet Gabriel declared that God favored her.

God favored her by choosing her to bear His son, Jesus. In other Biblical stories, God chooses unlikely people for use as deliverers. The leaders in Judges, Samson, Gideon, Ehud, and others, possessed characteristics like lust, pride, and cowardice. God chose ordinary people to do extraordinary work to display His glory and to restore His people.

Like deliverers before her, Mary was not sinless. She probably did not commit heinous acts, but her heart thumped within flesh like the rest of us, so she was plagued by human frailty too.

How does God’s choosing “normal” people encourage us?

He uses you and me to accomplish reconciliation between

God uses “between” women to bring healing to relationships, because our position in life is nonthreatening. Competing or needing don’t characterize us in general.

Think of a time when God used you to restore a person’s right relationship. This restoration might look like encouragement that changed despair to hope or lack of faith to renewed perspective. It may look like distanced friends or family members talking to each other again. It may look like a person understanding God’s gift of salvation for the first time or the 70th time.

When you see Mary in the manger scene with her head bowed, thank God for using her and for using you in his works of reconciliation. How marvelous that the God on High blesses us with purpose. What joy we experience when God uses us.

Tell us how God is using or has used you.