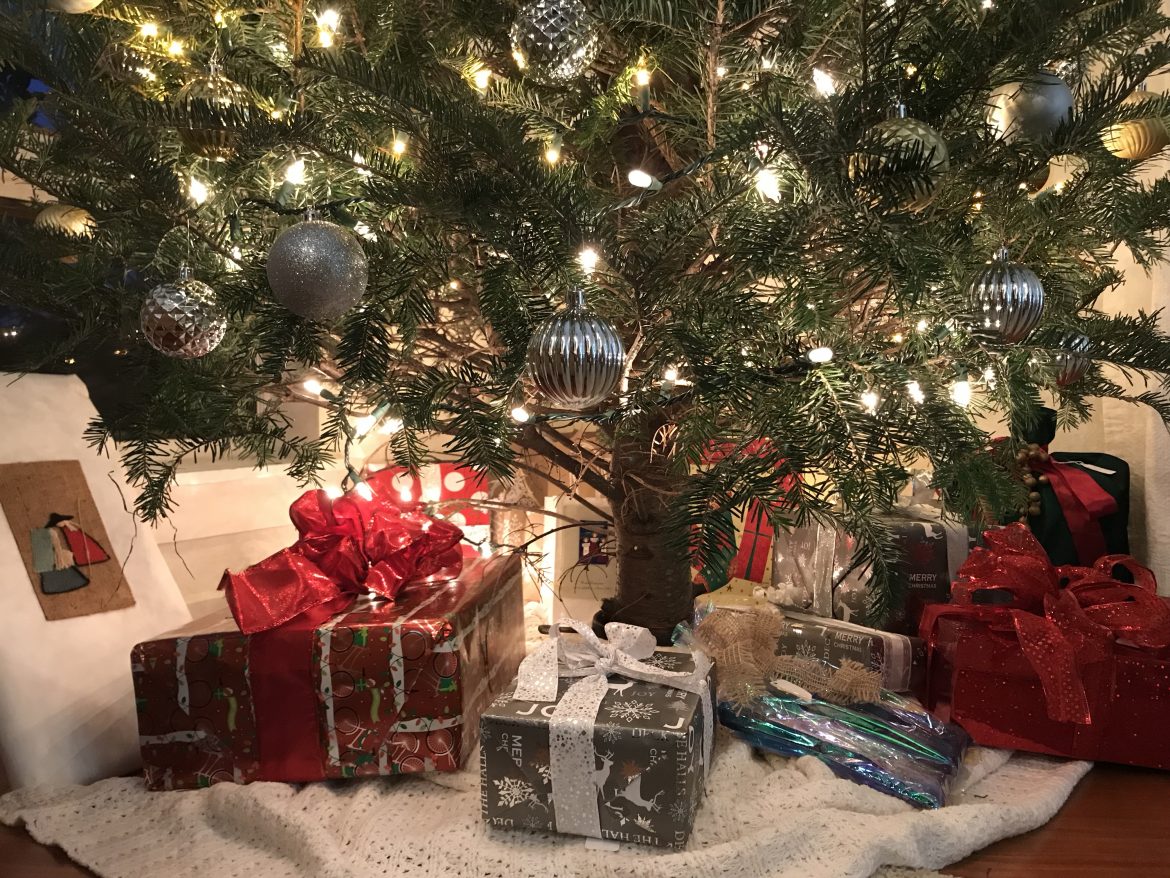 Every year, about the time we begin to wear long sleeves, Mom would call my sister, brother and me together. She would hand us the thick Sears catalog and a red ballpoint pen which wouldn’t smear on shiny pages.

“Circle what you want Santa to bring you for Christmas.”

She didn’t give parameters like how many toys or any other guidelines. Excitement ran high. We each took turns, and when it was mine, I would climb into a stuffed chair, hauling the tome, and curl my feet underneath me. I leafed through the thin pages until I found  dolls with eyes that opened and shut. Some came with bottles which fit into the baby’s puckered mouth. Lining the pages were cradles that really rocked and displays of baby clothes and rattles in pastel colors.

I don’t remember other toys I marked, but I remember circling anything and everything that brightened my eyes. Our parents didn’t give us toys during the year, except one on our birthday. No begging for candy or trinkets at the grocery store checkout. We knew not to ask. But when Christmas came around, and Santa was bringing gifts, he could bring anything from his limitless treasures.

One year my brother’s turn at the catalog came after I’d marked up the pages. He pulled me into his room.

“You know, it’s really Mom and Dad who buy those things we pick out. Santa isn’t real.”

A huge lump balled in my stomach. I wasn’t as upset that Santa wasn’t real as the thought that I had scribbled red pen around so many images. I had been asking my parents to buy me all those toys. My head hung, and I asked to have the book back so that I could scratch out most of my inked selfishness.

This makes me think of Zachariah and his secret prayer for a child. When the angel first appears, Zachariah is terrified. Then the angel assures him not to be afraid, that God is answering his prayers. At this pronouncement, Zachariah backpedals. His adult logic kicks in and he wonders how he, in his eighties, could father a child. He didn’t realize in that moment that He didn’t believe in God as God or maybe in His love for him. If God answers his prayer, then He is no longer a fantasy aloof in an invisible realm. It’s easier to make a wish than to believe in a real, living God.

God is not my Santa, but He is unlimited like Santa. That should make placing my requests before Him easier, but I hesitate, because I’m afraid He will disappoint me. He is also my parent and doesn’t give me all I ask, for the same reasons why I didn’t give my children everything they asked. He knows what’s best in the long-run.

There’s another reason why I don’t ask. I know I don’t deserve His gifts, like I didn’t deserve my parent’s sacrificial gifts at Christmas. Who am I to ask for something trivial compared to the requests of people in danger by starvation or terrorists? Who am I in my big, fine house to ask for meaningful conversations with my sons when two doors down a fellow is evicted from his apartment? I second guess my requests to God, unconsciously thinking that He has only so much to go around. I don’t believe in God as God.

He came helpless, born like I was. He looked up at the same stars and experienced the same frustration with people that I experience, but He did not give into selfishness like I do. He gave Himself freely for others, even me in my crazed gluttony for toys. If He gave His life for me, how could I imagine that He wouldn’t take pleasure in giving me lesser gifts? I don’t have to feel guilty about my requests, but I do need to believe who He is and that He loves me. I can ask Him for supernatural things and leave it up to His judgment to do what’s best.

I don’t even have to wait until Christmas.

He who comes to God must believe that He is and that He rewards those who diligently seek Him. Hebrews 11:6

He who did not spare his own Son but gave him up for us all, how will he not also with him graciously give us all things? Romans 8:32

Every good and perfect gift comes down from the Father of heavenly lights. James 1:17

Thank you, once again, for a message that hits home for all of us. When your parents are so poor that they can not buy you a gift at Christmas because the money is needed for food will cause the young, who do not understand, to feel sadness and unsure of our parents love. It is only when we get older that we understand the true meaning of Christmas. I never really believed in Santa so it was not a let down for me when he didn’t come with gifts for all of us. Looking back over those years, I think of all of the beautiful gifts that God gave me, such as His love, caring, understanding, grace, peace and so much more. The greatest gift that He gave me was Jesus. How could I want more. I loved my parents and siblings dearly and still do but Jesus Christ helped me see the importance of a relationship with Him, God the Father and the Holy Spirit. Maybe this is why I enjoy giving to others so much much more than ever receiving anything from anyone.

Thanks again, for reminding me of what is important, in this crazy mixed up world. Blessings to you and yours, Suzy.

Blessings to you during the Christmas season and in 2020, Kathy. I’m glad Jesus scooped you up! (BTW, my parents gave us lavish gifts, but they scrimped and worked hard to make it happen.)